So, the photographer of the `morphing helicopter' picture has re-contacted me directly (and not through our comments here anonymously) ... and has RE-sent me the photos I saw in the Original MUFON report BEFORE it somehow vanished from the database... (I grabbed it off the `latest 20 MUFON reports' - it vanished from the larger searchable database.) It's almost like a small window of opportunity exists for real UFO bloggers to get a possible bit of uncensored material.
---
Anyway.... the photographer has asked for anonymity .... which is cool.... and as I said, IF it wasn't for the photographers ORIGINAL MUFON report -- that indicated that what he saw was a morphing helicopter... the picture is easily dismissible as a bird or who knows what..... and IF I am right about the `immediate Helicopter UFO phenomena' ... this is PERHAPS the first caught on camera.

Here's How I Covered This Last Week
the above link includes the original MUFON report and report link - now inoperative.
Anyway, here's the pictures that he got back to me with.
Haverhill Mass. 2013 Event
Pic One 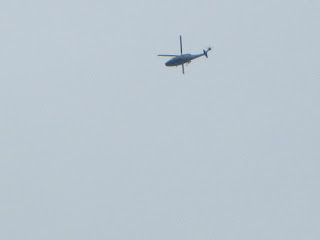 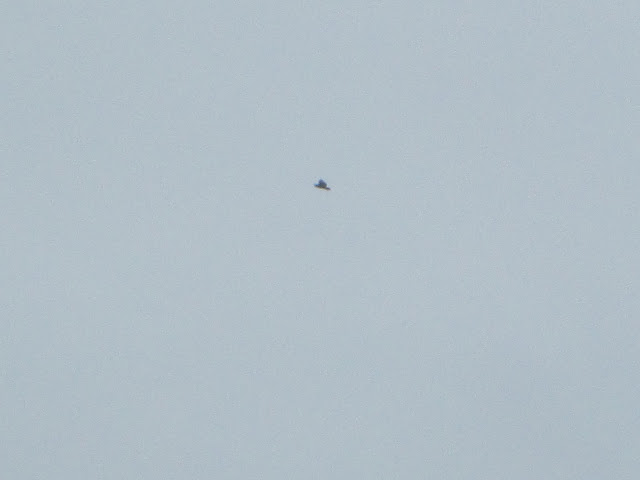 I've enlarged the original above
=======================================
WTH right?
My Question back to the photographer - DID IT LOOK ANY DIFFERENT AS YOU WERE TAKING THE PICTURE? Were you aware of anything anomalous at the time? Did it continue to fly away or what happened?
(Update, 7AM, 11/12)
His answer is below:
The only thing I noticed was that it got farther away quicker than normal.  As the first picture shows, it was rather close (Even with me zooming all of the way in).  The second picture I took about 5 seconds later, but the object was really far away.  (I was still zoomed all of the way in).  It never came back around again.
For a geographical reference, my house is inside what I call the "golden triangle" of military bases.  Pease Air National Guard base to the north, Fort Devens to the west, and Otis ANG base to the south.  This all plays into what I saw somehow.
The object did continue to fly away, and I never saw it again.  Apart from the object itself, there was nothing else anomalous.

Posted by Rick Phillips at 7:13 AM